Our current breeding dogs have been breed to some of the most well produced studs in the World. The dogs in our pedigree are some of the most well known dogs in Germany such as:  VA2 Nino von Tronje, 2XVA1 Remo vom Fichtenschlag and many more. Here at Vom Eames German Shepherds we have a specific breeding program that has been influenced by Max Von Stephanitz, who was the founder of the German Shepherd Dog in 1899. We have followed closely with his goals in mind. He was once quoted for the following:

"The breeder on a small scale, one who works with one or two bitches, is the most suitable breeder for working dogs because he can care for his breeding animals and their progeny... and can produce sound strong animals that can be trained".

We have taken those quotes and made them apart of our breeding program. This is why we do not raise any of our puppies or dogs inside of a kennel environment. We raise all of our puppies following the Puppy Culture Breeding Protocol. Are puppies are raised indoors with our family. 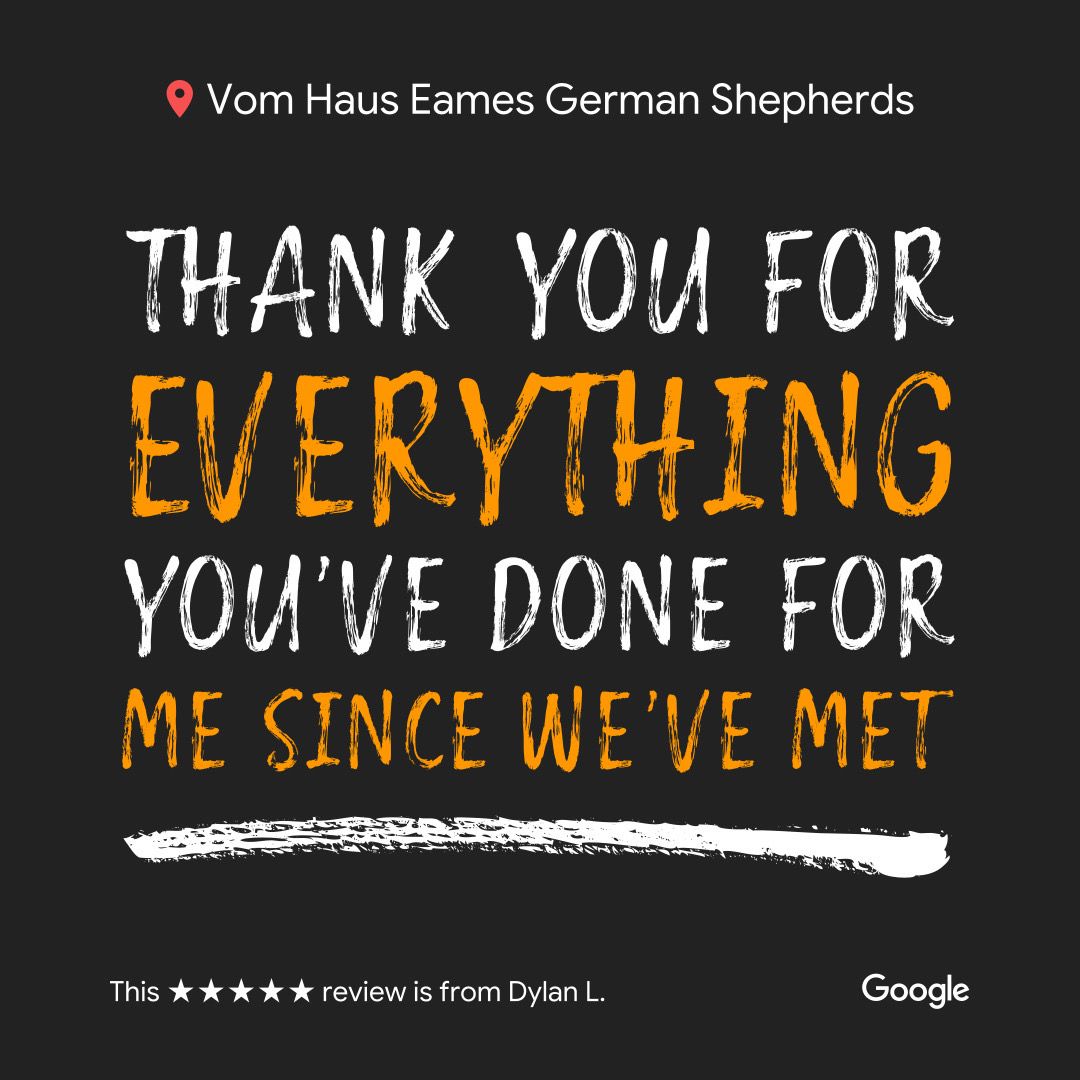